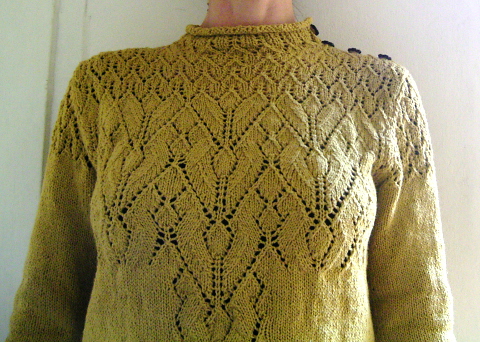 This was a pleasure to knit, but not quite easy. The lace sections required full concentration; the larger pattern isn't an intuitive pattern, in the sense that the repeat is too large to memorise, and the previous row doesn't really give clues to the next one. The transition to the smaller pattern is also a bit of a fudge, and I think I fudged it even more than the pattern did. After three attempts I just did my own thing to make it work. 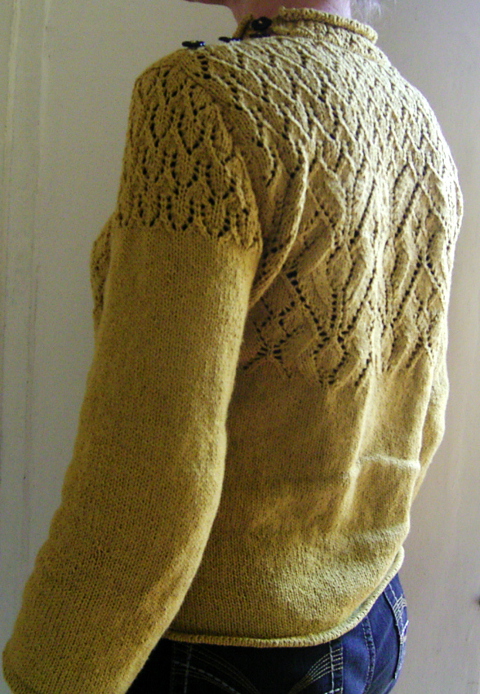 The yarn is from an old crocheted cardigan I found at a second-hand shop. It's acrylic, so I had to steam it several times to get the kinks out. After that it knitted up beautifully, though. 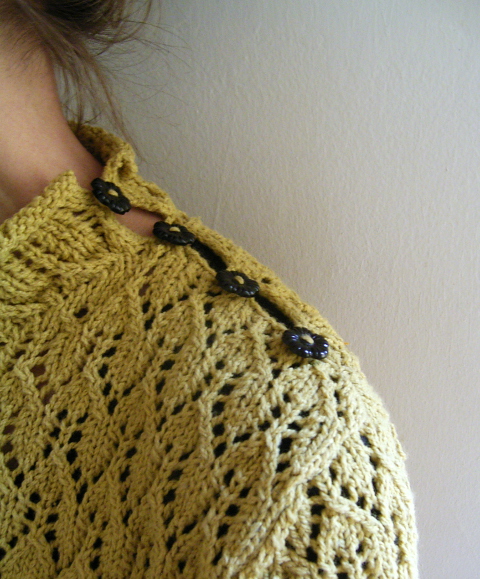 The pattern is the Closed Bud Pullover from Teva Durham's Loop-d-Loop Lace. More details on Ravelry.

Email ThisBlogThis!Share to TwitterShare to FacebookShare to Pinterest
Labels: knitting

Wonderful! Well worth the effort involved.

fabulous color! and looks great. that pattern would bring me to tears, i'm sure.

It's totally lovely! Congrats on a job well done (Totally adore the colour too!).